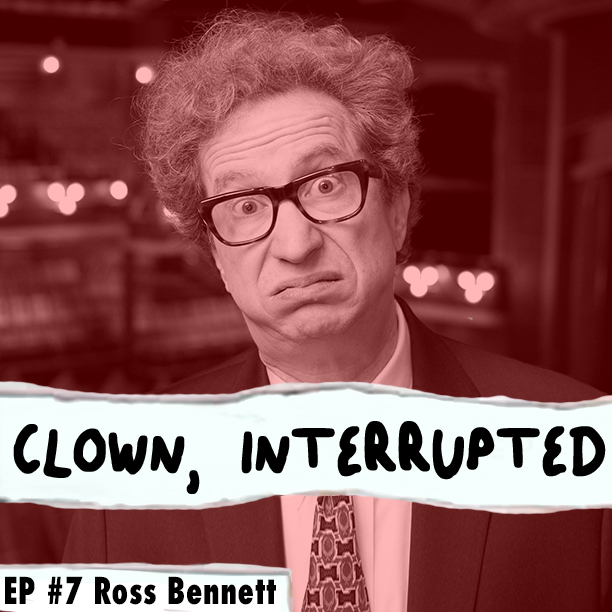 I went to a show called The Addicts Comedy Tour, put on by a comedian named Kurtis Matthews. He tours all over, doing standup about being an addict. You don’t have to be sober to go, it’s hilarious no matter what. I went to the show because Andy Huggins (Episode 1) was opening, and yet again, Andy simply existing changed my outlook on life.

I was a deeply troubled child. I struggled with depression and suicidal tendencies from childhood until about 22 (that’s how stripping clowns are made). At 22, I left an abusive boyfriend and decided to give up everything I owned to live out of my car. It was a desperate attempt to find freedom and crawl out of the hole that had been my lifelong mental state.

I don’t know if it still exists, but StumbleUpon was a website where you selected categories and it would play random videos based on your tastes (think early Youtube autoplay). I vividly remember the night I was boxing up everything in my apartment to give to Goodwill. I was alone, high as fuck, with “StumbleUpon” playing random comedy videos in the background. I was packing up my life, hoping that getting rid of the things would get rid of the memories. I just wanted to learn how to be happy. The next random video started- the “It’s just a ride” monologue by Bill Hicks. I stopped what I was doing, sat on the edge of my bed, and just took it in. I didn’t know who Bill Hicks was, or that this clip was even part of a standup special. All I knew was that this man was talking to me (I’m sure the pot had something to do with it). Bill saying, “life is just a ride..and we can change it anytime we want. It’s only a choice” was exactly what I needed to hear at that time. I watched it 10 times in a row, maybe more, and a thousand times since. It’s helped me make a lot of important choices. Most importantly, the choice I made that first night to never let my depression win.

Fast forward to The Addicts Comedy Tour a few weeks ago. I’m sitting in the green room with Andy Huggins, Kurtis Matthews, and a few other comics whose names I don’t remember (sorry!). Somebody asked Andy “Hey, how long was Hicks sober before he died?” Andy answered and they all started reminiscing, “I remember when he first asked me about wanting to quit…” “Remember how crazy he was…”, “Bill fit in a lifetime’s worth of drinking in a few years…”, “Remember him first going on sober?”, etc.

Years ago, I was terrified that quitting would derail me. It would make me someone different and fuck up everything I had worked for. I told myself, “Drinking is how people socialize. Drinking makes me happy. I have to drink to connect with people.”

Now here I was, in a room full of sober people. Not just any people, but people directly linked to someone who died when I was NINE,  but who somehow still had a huge effect on my life by helping me overcome a lifetime of depression. I made real connections that night, and I was only in that room because of the choice I had so feared. It was surreal and affirming: I am on the right path.

Part of that path is that comedian Kurtis Matthews. I have not had him on the podcast yet, but I am going to. It’s my new goal. However, I was in NYC last week and Kurtis put me in touch with another comic he works with, Ross Bennett.

Ross Bennett was a cadet at West-point Academy when he quit to become a stand up. He moved to Los Angels in the 80’s, quit drinking in ’87, and has done so much since! He taught me a lot. This episode is full of quotes! We met at a recording studio in New York, so you can hear lots of activity in the background, but I think it just adds to the New York feel. Plus, I can’t afford a studio…

I hope you enjoy it. Here is my conversation with Ross Bennett.

•RossBennett.com
•…Not If you Were the Last Man on Earth! – Ross Bennett comedy album
•Bill Hicks “Just a Ride”
•The Road Less Traveled
•John Rabon’s podcast
•“It Gets Better” blog post