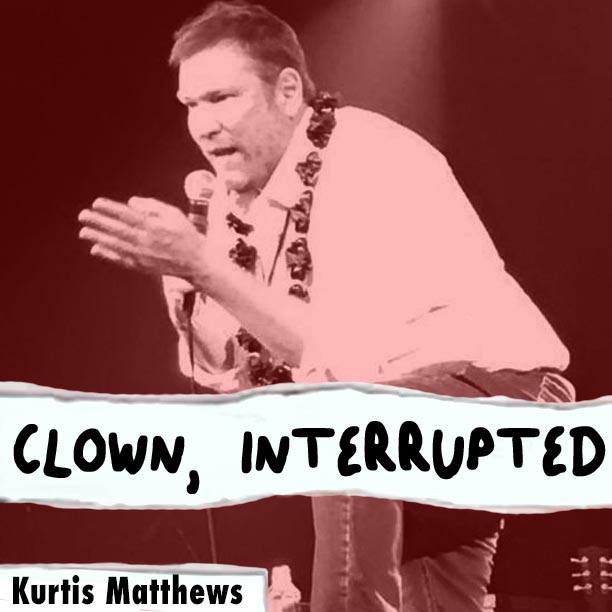 They say that the best standup is real. Yes, you need joke structure. Of course you need punchlines. But it can all feel empty if you don’t hear a real person on stage. They also say it can take years for a comic to “find their voice”. Though I conceptually understood that, I didn’t really get it. Anytime I was on stage, I used an over the top performance voice. Which makes sense. I hosted burlesque shows for years before doing standup. And BURLESQUE IS BIG! IT’S SHOWMANSHIP! But in a comedy club setting, that’s too big, too loud, and very weird.

I felt kind of dumb for taking so long to realize that, but it makes sense. How could I show them the real me when I didn’t know who that was? I only started to feel like a person in the last year, so now I’m finally being that real person on stage.

Someone who is a big part of that is today’s guest- Kurtis Matthews. Kurtis is the owner and a teacher at the San Francisco Comedy College. He’s been helping develop comedians for over 2 decades. He is also an amazing standup who performs, along with other comics, in his show- The Addicts Comedy Tour.

I met Kurtis when that tour came though Houston. It was an evening of jokes and stories about life, love, jail, rehab, and recovery. I spent all night either laughing hysterically or trying not to cry. I laughed because the stories were hilarious. I wanted to cry because I had never heard someone else repeat all the crazy shit in my head.

I hadn’t been that affected by a performance since first seeing Bill Hicks. I’m not going to go into that story again, I’ve talked about it ad nauseam on the podcast. But that’s how deeply that show affected me.

So, it was insane, beautiful, and weird to learn that not only were Kurtis and Bill friends, they even had the same AA sponsor! That’s crazy! Life is bananas! Kurtis has since become a friend and a mentor. I recorded this on a visit to San Francisco. We recorded in the classroom/venue after one of his beginner comedy classes. I hope you enjoy it!